There is a Japanese Proverb that says:

I love this statement and think it is so true to life. Life can be incredibly shitty crap at times and it will throw some stuff at you! Stuff that at times it feels impossible to handle, but these situations seem to motivate people into becoming stronger, stronger than they ever knew they could be. There are a few blogs I follow that I am amazed and astounded at how strong the writers are and the situations they have overcome.

I recently visited a beautiful ruins in Scotland called “Sweetheart Abbey” – “The last Cistercian abbey established on Scottish Soil” and the story of it truly amazed me. Dervogilla Balliol lost her husband in 1268 and 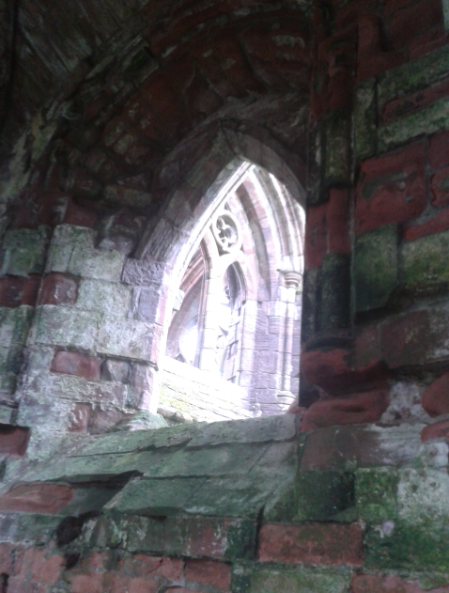 even though she would have been in a state of grief she found strength and founded an Abbey in his memory. I lost my hamster when I was nine and had to have a day of school as I was so heartbroken!!

The story of her love continues, (although in a manner possibly a little bit creepy by today’s standards), she had her husband’s heart embalmed so she could keep it with her in a casket! Dervogilla was eventually laid to rest in the abbey – still with her treasured heart.

While I was absorbed in the romance of the Abbey my darling OH loved this sign and suggested we instate this in our house, I said there was no point it would just mean I nagged all in one go – haha! 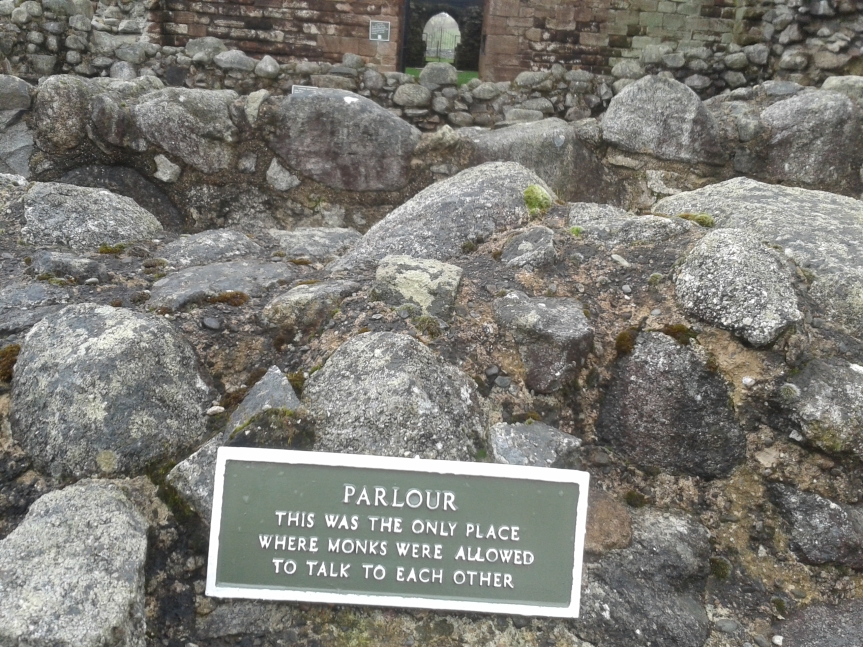 To find the rules for Just Jot It January, click here and join in today. It’s never too late! And don’t forget to ping back your #Jusjojan post.

9 thoughts on “Fall down seven times, Stand up eight”