Just a few days after the victory in Ireland, today’s literature history fact highlights the antiquated views that are now being overcome.

Playwright Oscar Wilde is taken to Reading Gaol in London after being convicted of sodomy. The famed writer of Dorian Gray and The Importance of Being Earnest brought attention to his private life in a feud with Sir John Sholto Douglas, whose son was intimately involved with Wilde.

Homosexuality was a criminal offense and serious societal taboo at this time in Britain. Wilde had gone back and forth 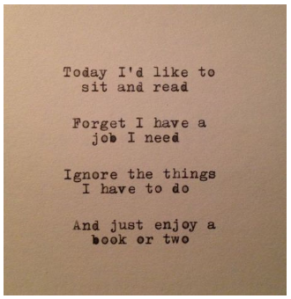 between hiding his sexual orientation and attempting to gain some measure of public acceptance. After Douglas, a furious homophobe, began spouting his objections to Wilde’s behavior to the public, Wilde felt compelled to sue him for libel.

In his defence, Douglas argued that Wilde had solicited 12 boys to commit sodomy between 1892 and 1894. On the third day of the proceedings, Wilde’s lawyer withdrew the suit, since there was abundant evidence of his client’s guilt. After that, the Crown issued a warrant for Wilde’s arrest on indecency charges. Rather than flee to France, Wilde decided to remain and stand trial. At a preliminary bail hearing, chambermaids testified that they had seen young men in Wilde’s bed and a hotel housekeeper stated that there were stains on his bed sheets.

After more trials he was convicted and imprisoned, the judge remarked at his sentencing, “It is the worst case I have ever tried. I shall pass the severest sentence that the law allows. In my judgment it is totally inadequate for such a case as this. The sentence of the Court is that you be imprisoned and kept to hard labour for two years.”

Wilde served his two years and then spent the last three years of his life in exile. He died at the age of 45 and was buried in Paris.