The monk put his head down as the discussion got heated. The royal commissioner had just finished reporting his findings and left. His report stating the monks were seriously breaking the rules they should be living by.

The monk knew it was his fault, he had gone to the Royal Commissioner in confidence. He had only meant to get his abbot in trouble, he lived a life of luxury while the rest of the order lived on a pittance.

The Royal Commissioner had grossly exaggerated his report and now the monastery was to be closed, they had a month to leave. Maybe they would reconsider? Or get an endowment to support the monastery themselves?

For now, he’d go to pray…tomorrow was another day. 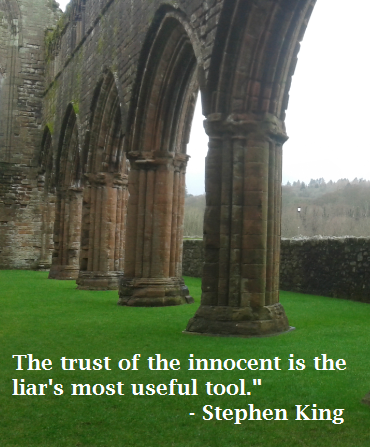 How to participate? Select a quote that inspires you. Then write a short piece of flash fiction or poetry to share with us using the quote either in your story or as the title of your masterpiece. Then link back to Colleen at :-