R v. Penguin Books Ltd was the public prosecution at the Old Bailey of Penguin Books under the Obscene Publications Act 1959 for the publication of D. H. Lawrence’s Lady Chatterley’s Lover. The trial took place over six days in No 1 court between 20 October and 2 November 1960.

The jury found for the defendant in a result that ushered in the liberalisation of publishing, and which some saw as the beginning of the permissive society in Britain.

Lady Chatterley’s Lover was first published in 1928. The first edition was printed privately in Florence, Italy, with assistance from Pino Orioli; an unexpurgated edition could not be published openly in the United Kingdom until 1960. (A private edition was issued by Inky 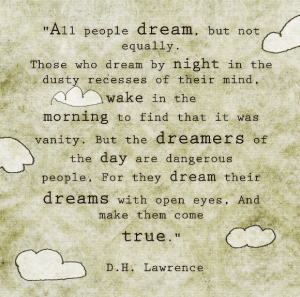 Stephensen’s Mandrake Press in 1929.) The book soon became notorious for its story of the physical (and emotional) relationship between a working class man and an upper class woman, its explicit descriptions of sex, and its use of then-unprintable words.

On the 10th November 1960 on the first day of its publication, bookshops all over England sold out of Penguin’s first run of the controversial novel – a total of 200,000 copies!

The story is said to have originated from events in Lawrence’s own unhappy domestic life.

Lawrence took inspiration for the settings of the book from Eastwood, Nottinghamshire, where he grew up. According to some critics, the fling of Lady Ottoline Morrell with “Tiger”, a young stonemason who came to carve plinths for her garden statues, also influenced the story. Lawrence at one time considered calling the novel Tenderness and made significant alterations to the text and story in the process of its composition. It has been published in three versions.

Today is the 60th Anniversary of the publication of Lolita, one of the most controversial novels of the twentieth century. Lolita is a novel by Vladimir Nabokov, written in English and published in 1955 in Paris, in 1958 in New York, and in 1959 in London. It was later translated by its Russian-native author into Russian and published by Phaedra Publishers in New York in 1967. The novel is notable for its controversial subject: the protagonist and unreliable narrator, a 37-to-38-year-old literature professor called Humbert Humbert, who is obsessed with the 12-year-old Dolores Haze, with whom he becomes sexually involved after he becomes her stepfather. “Lolita” is his private nickname for Dolores.

Lolita quickly attained a classic status; it is today regarded as

one of the prime achievements in 20th century literature, though is also among the most controversial. The novel was adapted to film by Stanley Kubrick in 1962, and again in 1997 by Adrian Lyne. It has also been adapted several times for stage and has been the subject of two operas, two ballets, and an acclaimed but commercially unsuccessful Broadway musical.

Lolita is included on TIME magazine’s list of the 100 best English-language novels to have been published from 1923 to 2005. It is also fourth on the Modern Library’s 1998 list of the 100 best novels of the 20th century, and holds a place in the Bokklubben World Library, a 2002 collection of the most celebrated books in history.

French officials banned Lolita for being “obscene,” as did England, Argentina, New Zealand and South Africa.

Today, the term Lolita has come to imply an oversexed teenage siren, although Vladimir Nabokov, for his part, never intended to create the association. In fact, he nearly burned the manuscript in disgust, and fought with his publishers over whether an image of a girl should be included on the book’s cover.

James Christopher Frey (born September 12, 1969) is an American writer and the founder and CEO of Full Fathom Five, a transmedia production company responsible for the young adult series “The Lorien Legacies”, the first book of which I Am Number Four (2010) was made into a feature film by DreamWorks Studios.

His two first books A Million Little Pieces (2003) and My Friend Leonard (2005), were marketed as memoirs, but large parts of the stories were later found to be exaggerated or fabricated. His 2008 novel Bright Shiny Morning was also a bestseller.

There is a lot of Controversy about Frey online, about his “memoir” called A Million Little Pieces. On January 8, 2006, The Smoking Gun website published an article called “A Million Little Lies: Exposing James Frey’s Fiction Addiction”, alleging that Frey fabricated large parts of his memoirs, including details about his criminal record. One incident in the book that came under particular scrutiny was a 1986 train-automobile collision in St. Joseph Township, Michigan.

The website alleged that Frey had never been incarcerated and that he greatly exaggerated the circumstances of a key arrest detailed in the memoir: hitting a police officer with his car, while high on crack, which led to a violent melee with multiple officers and an 87-day jail sentence. In the police report that TSG uncovered, Frey was held at a police station for no more than five hours before posting a bond of a few hundred dollars for some minor offenses. The arresting officer, according to TSG, recalled Frey as having been polite and cooperative.

On November 2, 2007, the Associated Press published a story about a judgment in favour of readers who felt deceived by Frey’s claims of A Million Little Pieces being a memoir. Although the publisher, Random House, had set aside $2.35 million for lawsuits, only 1,729 readers came forward to receive a refund for the book. However since the incident Frey’s work still continues to sell well.

In 2009, Frey formed Full Fathom Five, a young adult novel publishing company that aimed to create highly commercial novels like Twilight. In November 2010, controversy arose when an MFA student who had been in talks to create content for the company released her extremely limiting contract online. The contract allows Frey license to remove an author from a project at any time, does not require him to give the author credit for their work, and only pays a standard advance of $250. A New York magazine article entitled “James Frey’s Fiction Factory” gave more details about the company, including information about the highly successful “Lorien Legacies” series, a collaboration between MFA student Jobie Hughes and Frey. The article details how Frey removed Hughes from the project, allegedly during a screaming match between the two authors. In the article, Frey is accused of abusing and using MFA students as cheap labour to churn out commercial young adult books.