My mother had told me the legend many times growing up, but it wasn’t until I met him, my secret, that I realised it was true.

We met the day before my sixteenth birthday. I walked along the shoreline, my heart breaking, the tears falling, and my frustration at the unfairness of it all as I recovered from the news that the boy I loved was due to be married to another. As the wind whipped my long red hair into a tangled frenzy and the wet sand beginning to stick between my toes, I decided it was time to head for a bit of shelter and made my way to Roane House. Roane House was an abandoned house that was often under the waves of the sea but when the water was out, as it was today, it was a sacred, mystical place, a tween place, half owned by the land half owned by the sea. It was the perfect shelter for me today to be alone with my troubles, or so I thought.

Sitting in the ancient doorway, I startled when he approached from behind me.

“Do you mind?” Has no-one told you it’s rude to sneak up on someone?” I got to my feet and folded my arms crossly how dare he invade my space unwanted.

He tilted his head to one side and grinned at me. His eyes were so brown and large, the twinkle of glee in them infuriated me further.

“Your house?” I stammered, I had not expected this.

“Yes, I’m Roane and I think you will find this is my house, it has been in my family for generations.”

“But it’s not even a proper house, it’s a shell.” I tried desperately to think of something clever to say, nothing was coming quickly to my mind. “Besides, I’ve lived here for years and never seen you before”.

“Well, we don’t always come here, and I’m not always allowed on the land…” The glint from his eyes dimmed just a little. It surprised me that I hated to see it fade.

“You mean this bit of land? Does your family have a lot of land then?”

“Yes, we travel all over to lots of land.” The twinkle appeared once more. “This is my favourite place, though.” I nodded understanding, it was for me too. A few precious moments of silence filled the air as each of us got lost in our own thoughts.

“I love walking!” Roane exclaimed. I looked at him. He truly was strange but his smile couldn’t be resisted, so I giggled in agreement. We walked along the stones to the sea, then along the sandy mounds of the bay. He told me of the sights he had seen, his world seemed so adventurous compared to mine. As the sun set, we walked back towards Roane House. I leaned against one side of the doorway and he nervously leaned against the other.

“It’s late and I should go,” I said, knowing the last thing I wanted to do was leave.

“Of course. Tomorrow?” He shook his head no, then scuffed his feet against the stones.

“No it can’t be tomorrow, it will be seven years before I can return. Will you come see me again then.”

I nodded my mind not really understanding, he smiled, leaned forwarded and planted a heavy kiss on my cheek. Pulling away he grinned, then I watched as he turned and ran along the stone walkway to the water. He dove in head first with a cheer of delight, while I watched in horror. Seconds later a head appeared, although it was no longer that of the boy I had spent my day with but a seal in his place. I paused running along the walkway with him, my eyes never leaving the seal’s face. As I drew closer I noticed his eyes and my mind finally understood. Roane was a selkie. I nodded and raised my hand to wave goodbye. With a splash, he jumped back into the water and swam away from sight.

“See you in seven years, Roane.” I whispered to the sea as I turned and made my way home. 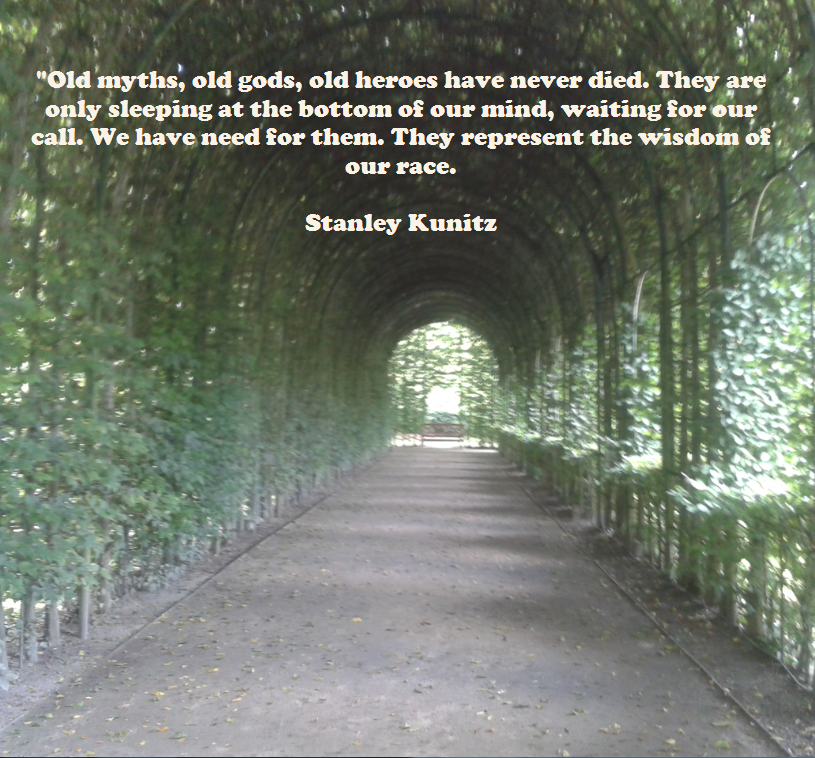 I combined Sue’s beautiful image from her #Writephoto challenge with today’s WQWWC – Inspiration with the fabulous quote on old myths, to create this mythical piece of fiction. I loved the themes combined and hope you do to.