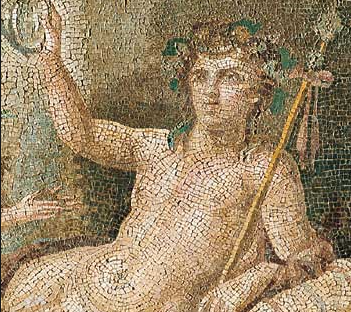 “Get up, you are going to be late!”  Superbia rolled away from his uncle’s irritating whine and back towards the wall. He would leave soon enough.

“Okay Marie do it.” His uncle’s voice says down the hallway, as he walks away. Superbia smiled, he knew his uncle would give up eventually, everyone always did. He heard some quieter steps move towards the room but ignored them. Whoosh, suddenly his whole body was covered in icy cold water. Throwing the covers off, he marched out into the hallway. At the end of the corridor he could see his uncle’s rotund figure.

“Glad you finally decided to join us Superbia, see you at breakfast.” His uncle then gave a happy little chortle and headed down the corridor.

Heading into the courtyard he set himself upon the bench and began quietly consuming his breakfast. His body still in quiet shock from the wake-up call.

“You best grab that fruit and be on your way, wouldn’t want you late on your first day? Ticks and tocks of essential time, sink the spirits lower than wine.” His uncle again chortled. Superbia scrunched his face up at the statement. What on earth did that mean?

“Are we really going through with this Uncle Pat? I don’t think this is what my father had in mind when he sent me here?”

“Quite the opposite my boy, your father said I am only to send you home when I am sure you have turned into a responsible young man. As long as you displease me you will remain.” His Uncle’s tone was short and clipped but it still made Superbia groan inwardly. “The cart awaits outside for you, be gone. My vendors will show you what I need done.”

As he made his way to the fruit stall, Superbia felt the heat blaze on his skin. What he wouldn’t give to be lying in luxury in his Uncle’s courtyard or cooling in the fountain, yet he was being made to work the stall like all his Uncle’s merchants. He had hoped Humilitas would be here, the one thing that would make his day worthwhile but as the midday sun approached there was no sign of her. Superbia couldn’t deny that watching the barter amongst the sellers was enjoyable but he couldn’t wait to go home.

“Hi”, a sweet voice called from behind him and Superbia turned to see Humilitas standing with a heavy basket in her arms.

“Oh, let me help you with that”, he rushed forward to help her with the heavy basket ignoring the sniggers from the other stall-holders but Humilitas stepped around him. “That’s ok, I’ve carried it from the bottom of the hill, and these last few steps won’t harm me.” She placed the basket down and immediately began to serve a lady.

Superbia watched with wonder at the ease she smiled and interacted with people. After watching her serve her customers with grace and elegance, she turned to him and he realized she must think he wasn’t doing anything. He turned to the first customer, gave them a broad smile and said loudly, “Can I help you with anything?” After that the day went so fast, they hardly could say to words to one another but occasionally he would catch her smiling at him, and he couldn’t help the feeling that fluttered through his soul.

As they packed up the stall, she asked, “How was your first day?”

“Great, the people are really nice.”

“Aren’t they?” she beamed at his answer. “When I first saw you I thought you’d think working on a stall with street merchants was beneath you, but I can see you are better than that.”

Superbia blushed, he was unsure if it was from the compliment or his lie. “Thanks”.

“Well, see you tomorrow then.” She called behind her and dashed off down the lane.

After Superbia entered his Uncle’s home, he made his way straight to his room. His uncle caught up with him down the corridor. “Aren’t you coming to join us for dinner?”

“Better not Uncle Pat, wouldn’t want to be late for the stall tomorrow. After all ticks and tocks of essential time, sink the spirits lower than wine.” He smiled and walked through the doorway, leaving his uncle grinning behind him.

“Ticks and tocks of essential time, sink the spirits lower than wine” – was the Friday Fiction prompt brought to you by Ronovan Writes. I did go over my word count a little with 717 words in my story but felt it was worth it. 🙂

Managed to squeeze in the word “elegance” too for #JusJoJan.

Hope you enjoyed Superbia’s Story -, a 7 deadly sins based story. To find out why Superbia got banished and catch up with his story so far see these earlier posts –

I would love to know what people think of this themed series. Thanks for reading. KL ❤

4 thoughts on “Superbia’s Story – The Fruits of Labour”