James Boswell, 9th Laird of Auchinleck (29 October 1740 – 19 May 1795), was a Scottish lawyer, diarist, and author born in Edinburgh. He is best known for the biography he wrote of one of his contemporaries, the English literary figure Samuel Johnson, which the modern Johnsonian critic Harold Bloom has claimed is the greatest biography written in the English language.

Samuel Johnson is remembered as the absolute epitome of the distinguished “man of letters”. But the key to his continuing influence could have its roots in a meeting with a young Ayrshire lawyer and diarist exactly 250 years ago.

James Boswell did not meet Dr Johnson, compiler of the first great English Dictionary and arbiter of literary taste, by chance. 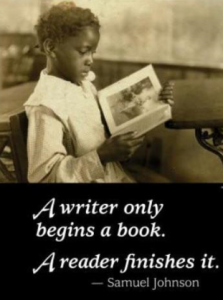 colossus Johnson through a publisher friend, which took place on 16 May 1763. It was to become a close friendship, which lasted until Johnson’s death in 1784.

On the 16 May 1791, Boswell published the Life of Johnson, a book which is widely regarded as the first modern biography. He wrote about sex, depression, drink, rows with his father, the drudgery of law, the great spectacle of life in London and in Edinburgh.

Boswell’s surname has passed into the English language as a term (Boswell, Boswellian, Boswellism) for a constant companion and observer, especially one who records those observations in print.

In A Scandal in Bohemia, Sir Arthur Conan Doyle’s character Sherlock Holmes affectionately says of Dr. Watson, who narrates the tales, “I am lost without my Boswell.”