Reading through today’s prompt, I tried to think of a situation when I achieved something against-all-odds, there is one situation that sticks out clearly in my mind. It may be because of the stream of love songs being played at work but I definitely believe one of my greatest achievements is that my relationship with my partner has survived over the last 7 & 1/2 years and perhaps should include that after each new challenge we face together we seem to grow stronger as a couple. 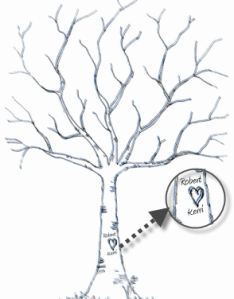 Our story together began way back before we even knew what a relationship was; he was the cool big brother of my friend and I got that school girl excitement every time he spoke to me, he thought I was the bratty friend of his little brother! Eventually he met a girl moved out to live with her and was forgotten from my life completely. 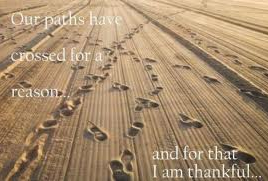 Later our paths crossed again, after a disastrous split with his girlfriend and two failed attempts at taking his degree he was in debt but needed a place to stay. I had recently got a house of my own with my boyfriend but we were struggling to make ends meet so we all decided to house share. The situation worked fine for over 6 months but eventually my boyfriend and I split. The debts having built after supporting an unemployed partner for far too long, I moved back to the small town we had grown up in and moved in with a friend. At this point I was nearly 21, earning my wage then spending my spare time drinking way too much, partying most nights with my friends. A few weeks before my 21st birthday, on a night out with friends, he walked back into my life all over again. After living with friends hadn’t worked out he had moved back to our town too. After spending the night talking, drinking and dancing together we agreed to meet again. 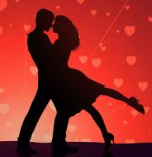 After 6 months of happily dating, we both left our fears behind and decided to rent our first home together. After scouring the market we finally found a house we could afford to rent. It was down a little cobbled alleyway in the town we grew up in, it had no heating, no double-glazing and the bathroom was through a door of the living room, but we could afford it and it was to be our first home. Within weeks trouble started, my partners hours at work where cut severely reducing him to less than 3 days a week. At the same time my company had approved an event that should have been a celebration I would be granted day release one day a week to study for my degree. Things in our house began to get really tight. While our friends were out having a good time we were at home hoping to afford the bills for the next week. But against all odds we came through this. We managed to pay all our bills, we started paying off our debts, and we managed to get our food bill down to less than £20 (mainly due to getting up at the crack of dawn every Saturday and heading out to the farmers market). We learned how to do all the wonderful things together that don’t cost a lot of money like spending the weekend walking visiting the seaside, walking along our local forest trails or reservoirs, cycling, or when the weather is rubbish we would have long hot baths together with a cup of tea and just spend the time together talking.

After years of struggling things have paid off! We know own our own home, are both full-time employed, and no longer have debt (apart from the mortgage). I have qualified and my partner will in May this year.  We have survived as a couple despite money troubles, the job market, illnesses, family trouble (including my mother’s sixth divorce) and 4 house moves. Our Wedding was in August last year and I can say I am more than looking forward to living my happy-ever-after.